In a beautiful article, Jerry Taylor claims that “in the ‘marketplace of ideas’ the bundled product [offered by libertarians] has been regularly and thoroughly rejected for over a century. Until libertarians acknowledge that market verdict and re-think either what they’re selling, how they’re selling it, or both, they will remain on the margins of American political life. And for friends of liberty, that would be a tragedy”.

I agree with this statement and in this article I will try to illustrate a basic outline of my own pragmatic policy solution to address it.

Before I present my proposal, let me emphasize the two key points of Taylor’s argument as they are relevant for what follows.

The first point is that libertarian vote does not exist:

If real libertarian votes were there for the taking, someone would have come along and done the harvesting.
If there was truly a $20 (electoral) bill lying on the sidewalk, it’s hard to believe that none of the other 14 starving candidates would bother to pick it up.
Yet this is precisely the narrative that the prophets of the Libertarian vote would have us believe: an epic political market failure.
There’s good reason that political professionals—those with the most to gain from an accurate reading of the political landscape—do not pander to the libertarian vote: It doesn’t exist.

The second point, which is particularly important for my argument, is that there is a great deal of “libertarian sentiment out there”. This comes to surface when individuals are asked general questions, usually related to so-called ‘civil liberties’. However, it disappears when they are asked about concrete, particular questions and to vote for particular political programs:

It’s true that if we avoid asking people about concrete issues and instead ask general questions, we can (if we squint hard enough) see a great deal of latent libertarian sentiment out there.
It has been noted, for instance, that 59 percent of the American public is, broadly speaking, libertarian in that they answer “yes” to the question “Would you define yourself as fiscally conservative and socially liberal?” Political scientists and campaign strategists, however, almost universally dismiss self-identification and general sentiment surveys as functionally meaningless. Both academic investigation and hard-earned political experience tell us that attitudes about specific governmental programs are far more telling than asking people what labels or characterizations describe them best.
Libertarians, however, can take heart from the fact that political sentiment is moving their way in some areas. Gay rights, drug decriminalization, increasing outrage over heavy-handed police tactics, growing concern over an unjust legal system, disgust over crony capitalism, and opposition to military deployments abroad all suggest that libertarian arguments can have political force. But just because people buy libertarian arguments when it comes to civil liberties or foreign policy does not mean they are more likely to buy them on taxes, spending, or regulation.

(My take on this inconsistent behavior of ‘civil libertarians’, which I call their ‘double-paradigm syndrome’, can be found here).

Before I illustrate a basic sketch of my pragmatic proposal I will briefly make three elementary considerations.

The fact that individuals who agree with general libertarian principles often vote against particular measures or programs based on those principles (especially when these tend to extend so-called ‘economic liberties’), should not come as a surprise.

To make an example, a taxi driver may agree on the general principle according to which anyone should be allowed to use his own property, knowledge and capabilities for his own legitimate purposes (keeping in mind that legitimacy – i.e. the respect of a general rule of individual conduct valid for all, including the state, in the same way – is a different concept from legality – i.e. respect of authority’s particular decision). However, he would vote against a government program that would make services like Uber Pop legal because such program would go against his own self interests (today these services have been made illegal in countries such as Italy and France)

The second point that deserves consideration is the fact that, in today’s western democracies, the institutional structure is designed to allow individuals to vote only for particular measures and programs, not also for general principles.

One of the main reasons for this is that general principles require to be respected by all (including the state) in the same way: if it is illegitimate that A takes resources from B coercively, this applies also when A is the state. Replacing general principles (general rules of individual conduct valid for all in the same way) with particular measures (which can leave room for legal inequality and therefore for state privileges) is key for maintaining a political structure where political power is arbitrarily limited (i.e. unlimited):

What happened with the apparent victory of the democratic ideal was that the power of laying down laws and the governmental power of issuing directions were placed into the hands of the same assemblies. The effect of this was necessarily that the supreme governmental authority became free to give itself currently whatever laws helped it best to achieve the particular purposes of the moment. But it necessarily meant the end of the principle of government under the law. […] placing both powers into the hands of the same assembly (or assemblies) meant in effect return to unlimited government [Hayek, F. A., 1998, Law, Legislation and Liberty (Routledge, London & New York), Vol. 3, p. 101]

Another reason why in today’s western democracies individuals can vote only for particular measures and programs (not also for general principles) is that, given point 2.1 above, in this way conflict is shifted from the citizen-government axis to the citizen-citizen axis, which is very convenient for the government (divide et impera).

2.3 Any change in the institutional structure would be impossible and to propose such change would be a political suicide

The third and last point that deserves consideration is that proposing a change of the institutional structure would normally be a political suicide. First of all, such change would be completely unrealistic even if libertarians could increase their political representation.

In addition, proposing such change would be a good strategy to further decrease (if possible) their political representation, not to increase it. Regarding the institutional structure, voters are inherently conservative and perhaps in some cases rightly so. They search for stability and those who propose a change of the institutional structure (especially when the ‘goodness’ of the existing structure is not generally in question) are seen as ‘crazy revolutionaries’: not exactly something that would suggest stability.

To sum-up, as Mr. Taylor says “there is a great deal of latent libertarian sentiment out there”. This is a vast reserve of a precious resource for the friends of liberty. However, this resource cannot be used because the institutional structure prevents access to it: it allows people to vote only for particular measures/programs and not also for general principles (and to this end the very meaning of the term ‘law’ was changed: from non-arbitrary limit to any power to instrument of arbitrary political power). And proposing a change of the institutional structure would be a political suicide.

Is there a way for libertarians to access that precious resource?

The present proposal is intended as a pragmatic attempt to have access to the ‘latent libertarian sentiment out there’ Mr. Taylor mentions in his article and to transform at least part of it into votes for liberty (without distinction between ‘civil liberties’ and ‘economic liberties’).

Before I illustrate my proposal, let me list some of its general characteristics:

3.2 Basic sketch of the proposal

Let us assume that there is a Libertarian Party (LP).

Instead of telling voters: “this is my program (the particular measures that we propose): if you like it, vote for us”, the LP tells voters the following, which admittedly is more complicated (and finding a way to communicate it in a much simpler way would be one of its main priorities):

This [list follows] is the list of the general principles we promise to defend. If you believe that any rule of any kind in the country violates any of these principles, you (alone or, more cheaply, in group with other individuals and/or companies) can submit a case at your own expense to any one of these companies which are in competition with each other [list follows]. Formally, these companies are nothing else but our approved consultants: their scientific directors are what we believe to be the best lawyers, social scientists and economists available on the market for the consistent defense of those principles. If the company that you choose does not accept your case, your money is partially reimbursed and nothing happens. If it accepts your case but decides against it, your money is not reimbursed and, again, nothing happens. However, if it decides in favor of your case it gives us a document telling us exactly what to do (e.g. to abolish that particular rule, or precisely how to change it); it gives us a maximum time to do it; and, after we have done it, it declares if it is satisfied or not. In asking for your vote, we promise to follow blindly any such informal advice. And we promise to disappear from political life (both as individuals and as political party) should the percentage of cases in which a) we will not have followed the company’s informal advice; b) we will not have respected the time constraint given; c) the chosen company will declare to be unsatisfied by our action, be higher that X%. X is therefore the measure of our credibility.

Clearly, the main limit of this proposal is that it requires that the problem it is designed to solve (libertarian political representation) is already solved: this proposal could be fully effective only if the LP had a political majority.

However, in my opinion this scheme could also help solving that problem. By allowing voters to vote for general principles (in other words by keeping particular measures out of its political offer) the LP could transform some of the ‘latent libertarian sentiment out there’ into votes. Instead of centering its campaign around what divides and on what fosters civil libertarians’ ‘double paradigm syndrome’, it would center it around what unites and around what makes civil libertarians’ contradictions explicit.

Particular measures would not be kept out of the agenda. On the contrary, they would be the key for a gradual process of restoration of liberty. However, instead of being originated by the political power in order to promote an arbitrarily defined ‘collective interest’, they would be originated by groups of individuals and companies in order to remove obstacles to their actions: obstacles  they deem to be in contrast with their own individual interests and/or with the general principles the LP promised to defend.

Jerry Taylor’s analysis is right: there is no libertarian vote but there is a great deal of libertarian sentiment out there. What is missing is the consistent link between that sentiment (i.e. the widely perceived beauty of the libertarian general principles) and the political vote on particular measures/programs. The existing institutional structure of the collectivist state is designed to make that link impossible. This proposal is designed to gradually establish that link within the current institutional structure, whatever this may be: the government program would not be the result of politicians’ design but of individuals’ and companies’ efforts to remove the legislative obstacles that prevent them from pursuing their own legitimate ends. If this scheme worked, in the long run it may help a gradual, peaceful and sustainable transition from a collectivist state to an increasingly free society.

This site uses Akismet to reduce spam. Learn how your comment data is processed. 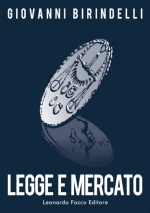